Earlier, we blogged about the Millennium Tower, a skyscraper that would become the tallest residential building upon its completion.  It seems now that there will be a new building which will hold that title- the Christian Science Plaza Tower. 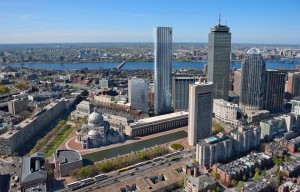 This rendered image shows the Christian Science Plaza Tower in the center.

The tower will hold 950,000 square feet of 211 hotel rooms and 180 condominiums.  According to the Boston Globe, managing these hotel rooms and residences will be the Four Seasons Hotel, making Boston only one of six other cities in the world to have two Four Seasons Hotels.  Collin Bray, VP of Sales at Century 21 Cityside says “We are excited about the arrival of yet another highrise luxury condo building, and look forward to its completion”. 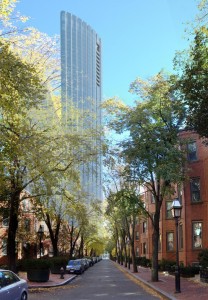