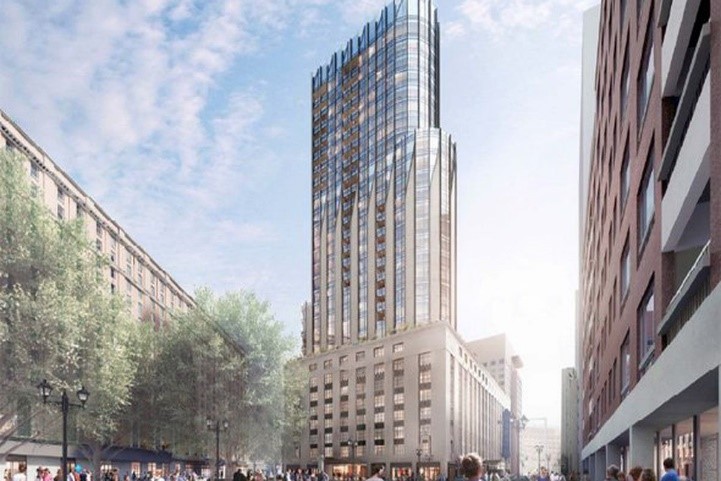 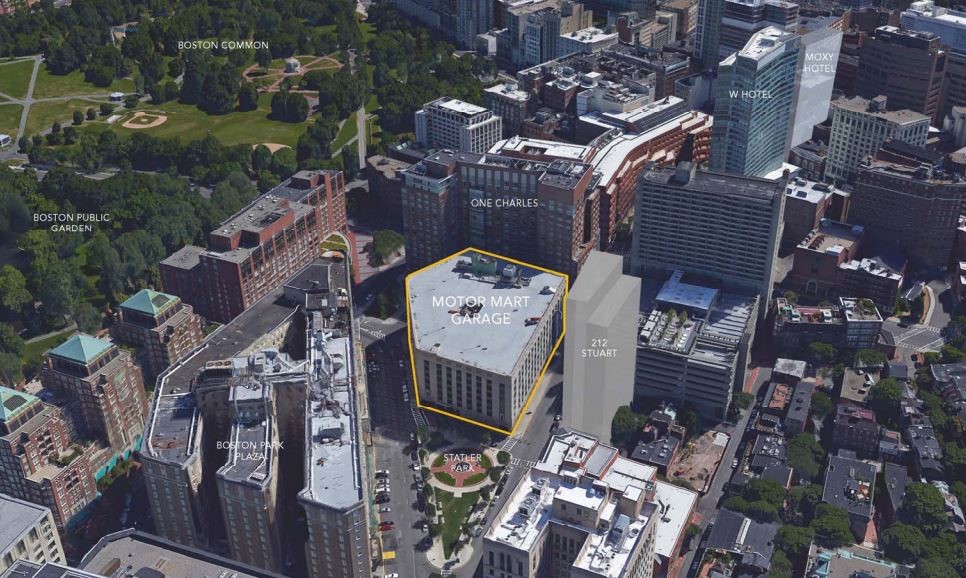 Bordering the Theatre District and overlooking the Boston Common, this Back Bay Tower would be near Midtown, South End, and Bay Village. 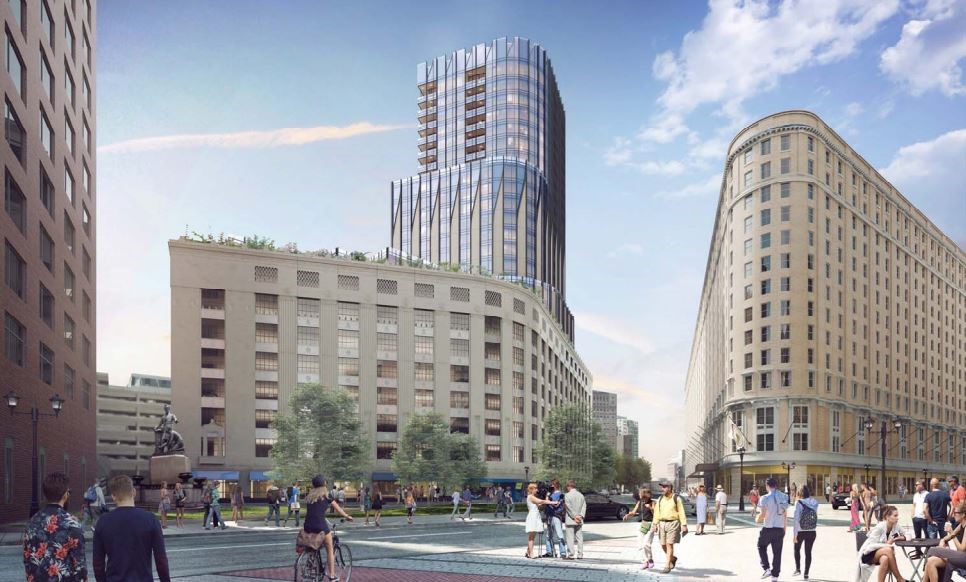 “The project’s height was considered as a continuation of the high spine of Boston,” the development team wrote in the Sept. 10, 2018 project notification form. “With the rhythmic and ornamental facade of the existing building, the design approach is to make a strong and immediate connection between the existing facade and the new tower.” The residential tower will contain an outside pool, a ninth-floor “vegetated roof” and a fitness center. The plans would also add about 46,000 square feet of restaurant and retail space to the site.

CIM Group, a Los Angeles-based real estate investment firm, bought the garage in 2016 for $162.5 million. The Business Journal later reported on the firm’s intent to pursue development options at the garage, and in March notified the city of its intent to develop a residential structure at the garage.

The expected beginning of construction will be in the second quarter of 2019.

For more information and other luxury condo buildings in the Back Bay, call 617-262-2600 or email Jordan.Bray@C21.com

Pets are a necessity for many people but finding a home that accommodates a pet is a difficult task in the Boston Area. The number of Boston residents owning dogs alone has almost tripled since 2012 from 2,700 to nearly 7,000. Clearly, there is a need for pet friendly housing so here are the top luxury residences that are pet-friendly in Boston, MA... more